RUN OF APPEARANCES, IN ORDER TO NOT FALL INTO THE ABYSS

The way mankind is behaving and how the changes and threats are spreading around the world, the creatures won’t have time to develop the reasoning – the key point for the return to our world of origin.

You need to prepare yourself, do not waste time with nonsense, with bullshit!

Get to know everything about everything and everyone: who WE are, where we came from and to where we are going to. The life moves fast and when humanity wake up about eternity, people will see they have missed their opportunity due to the lack of attention to what they were instructed to do – and that the right time has passed.

The lack of attention to the real Rational orientation is that it’s going to take everyone to a sad transformation.

Wake up, my friend! Do not despise the Rational orientation! Follow the Rational road to be away from the life of transformations – for all eternity.

Move yourself to meet the real Life and to escape of the life of transformations.

See below to which transformations all of us are subject, if we do not develop the REASONING: 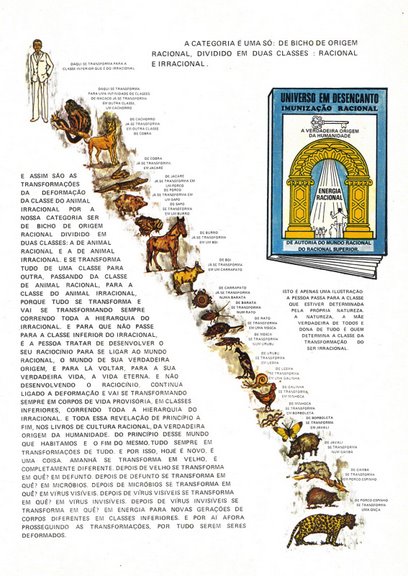 Get to know everything about everything and everyone: who WE are, where we came from and where we’re going.

Read the book UNIVERSE IN DISENCHANTMENT, the RATIONAL CULTURE, the book that will guide you to the RIGHT, due that it contains the reason of YOUR LIFE!

Wake up, buddy, run of appearances, of a lifetime of illusions, to not fall into the abyss.

3 respostas para RUN OF APPEARANCES, IN ORDER TO NOT FALL INTO THE ABYSS