The Rational Animals, for lack of self-knowledge, live and suffer, thinking of themselves better than all the others – when, in fact, they are nothing but a sufferers.

Then, there are the sciences, philosophy, doctrines, sects and religions, all types of distractions which just keep the lost ones entertained.

All that in the search of a peace which has never been found; on the opposite, the fights have always prevailed among those who imposed their ways of thinking over the others in hellish and hideous disputes.

Suddenly Nature, the major power in the Universe decrees the end of civilization through any sort of calamity, bringing down all this artificial structures worshipped by the unconcious and reckless man.

The uncounscious cannot accept the fact that the artifice is against nature and, because it is unnatural it is incapable to sustain the peace. Many individuals are of the opinion that suffering is the way to freedom when, in fact, it is the way to polishing and destruction.

Therefore, nobody can go against Nature, which always defines, in a matter of seconds, the end to any kind of thought.

Why? Because the phase of thought is over. It has been erradicated by Nature due to its malefic deeds against life in general. Not only is the phase of thought over, but also, the life based on thought. Thus all thinkers are condemned for bearing thought in their minds. In order to reverse this situation the thinkers will have to attain to a new capacity sustained by the Rational Culture. By getting in contact with this culture, one will develop the REASONING and will be connected to the supreme side of Nature.

All thinkers are likewise in extinction.

The ultimate order is to develop the REASONING through the Rational Culture. Thus the individual will be able to comply with the true Nature’s supremacy, which is GOD, a RATIONAL BEING – not an animal – superior to all deformed RATIONALS who are still kept in the terrestrial realms.

The true fraternity and universal concord can only be achieved through the development of the REASONING which is located in the pineal gland. Read the RATIONAL CULTURE BOOKS to know more about it. 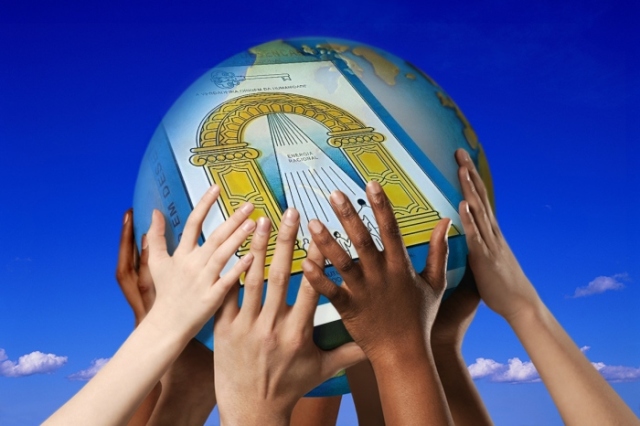