NATURE: INSTRUMENT OF GOD FOR THE LAPIDATION OF HUMANITY 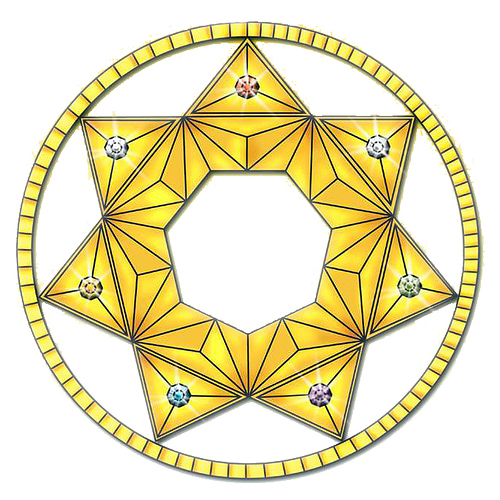 After all, what is it, or better still, who is Nature, who it happens to be?

If the human being ignores himself, does not know where he came from, nor what he is doing here on Earth, even less where he is going to, when is he going and how does he go, how could he know who is the one who generated, created, fed and maintains him until today, through the eternities, since when he left the Rational Plain for the undue use of the will and the free choice.

If the pure, clean and perfect being had not entered the small part of the Plain that was not ready to progress leaving his World of Origin, the RATIONAL WORLD, Nature would simply not exist, for the second world, consequence of the first would not exist and life would continue to be pure, clean, perfect and ETERNAL. However, as a result of that unconscious act, we were led to a long and suffered jaunt, during which we lost our conditions of purity, cleanness and perfection; in short, our Rational virtues.

Therefore, the part of the Plain that was not ready to progress, while slowly spiraling downward taking with it our pure, clean and perfect brothers, our virtues started to dissipate forming a focus of light that eventually heated up and transformed itself in the sun, generator of the heat produced by the Rational Energy transformed into electric and magnetic energy. It was from that moment on that Nature took over the command of the life in the matter, inside and outside it, through these two potent deforming and destructive energies.

Since everything bellow the sun transforms itself in an everlasting continuous motion, it ensued a long deforming process of the matter that slowly came to originate the Universe, with the sun, moon stars, planets, the Earth, the water, the animals and the vegetal, as well as the invisible world and its inhabitants of the Inferior Astral and of the space that surrounds the Terrestrial Astral.

Nature’s mission was and still is arduous and long; true mother, since man and woman are just reproduction apparatuses of brother-sons, initiated its task of owner and lapidator of everything and everyone, creating in the first place the viruses that would eventually generate the inhabitants of this world. The process took place when the sun’s blazing and deforming heat, on one side heated up and roasted the resin on the surface of the plain and on the other, melted the gum that transformed itself into water. Underneath the resin ashes were formed, and the water penetrated and humidified the ashes, creating with the humidity the mold, ideal for the formation and proliferation of bacteria, microbes and visible and invisible viruses.

The masculine virus, the reproduction element, came from the water and the feminine, the incubator, came from the earth. The Rational and irrational animals are viral beings born from a bacteria infection in aqueous solution, which is the drop of water, or semen. There and then, took place the beginning of the human being’s long journey in the matter, initially sprouting from the earth and later incubated in the drop of water, in the shape of little monsters, followed by lubberly monsters, monsters, huge monsters, monstrodonts, and savage monsters; then, primitive savages, advanced savages, stammering savages and singing savages; followed by Rational beasts and Rational animals; and finally Rational Apparatuses. These are the phases through which we passed during our degenerative evolution, our regressive progress that endured twenty one eternities, until nowadays.

The Rational animal Phase ended in 1935, which was when the Rational Phase took place. A parenthesis is open here to say that at that time, already living among us was the Supreme Avatar, Lord Manoel Jacintho Coelho, in material form, but in Rational Vibrating State, the Superior Reasoning to everything and everyone, representing the RATIONAL SUPERIOR here on Earth, above all to dictate the Rational Culture Books, UNIVERSE IN DISENCHANTMENT.

Nature, the owner of everything and everyone, the queen of the natural and of the artificial, of the culture, of the arts  and of the science, was the first one to integrate the new phase and works since then to lead her sons back to their World of Origin, using them through the artifice as machine-tools, makers of other tools, to attain the major goal; to develop in all the Rationals, the Reasoning and the Rational Clairvoyance, for in doing so, one is connected to our true Mother, for the natural phase of Nature is Rational and Rational is Reasoning and Reasoning is Rational, meaning the union of mother with sons and of sons with mother, all in one.

The Rational beast ignored himself completely and Nature created the artifice to end with the rudeness, the backwardness and the brutality, using man through the thinking that was lent to him temporarily, to obey orders as Nature’s tool, through the artificial progress ruled by the electric and magnetic. Everything pure lapidation, for the artifice is outside of the natural and has no condition to judge what is natural. So it happened with the Artificial Alphabet that appears to be invented by men, but men were just mere tools of Nature. Men did not make, did not invent, and did not discover anything. Nature, yes, causing men to think that they were the ones who did and judged that they are owners of their own thought.

But now times have changed, the thought, the imagination, the inspiration and the dream, which were dependent of Nature’s two alternated currents, the electric and the magnetic, extinguished themselves. The phase of the free-thinker animal has ended and for that reason the thought has weakened and extinguished itself, unleashing the “I”- monsters; wild beasts asleep  that emerge again in plain civilization, commanded by sheer magnetism to destroy one another. It is hereditariness manifesting itself and annihilating the human being’s sentiment of humanity and the ferocious instinct reappearing with the wars, hunger, illnesses, catastrophes and ruins, as it is happening in our today’s world at any time. Everyone’s life is passing a decisive moment; due to the absence of the thought, the mind emptied itself and the energies of the evil took its place and started to act in an uncontrolled way, leading many times the living person to a madness state or even death. See the crimes that devastate the populations of practically all the continents of the world. The greater part of the written or broadcasted news are made of crimes, many of them hideous, committed by human wild beasts in which the electric and magnetic currents filled the emptiness left by the thought and caused a short circuit, creating in the mind the perfect irrational magnetic hurrycane. This is the end of the Rational animal class. These changes and transformations have been long ago announced in the prophetic Centuries of Nostradamus and by other prophets.

All that is Nature’s natural evolution that lapidates ourselves all the time in order to alert that the time has come, that there is no more time to be wasted, and since that time has drained away, the Rational Phase with the Rational Energy took over. Now, the will and the free choice of each one of us will decide; either the Rational everything or the apparent nothing. In the game of life the dice have already been cast by Nature with the following options; either we adhere to the Rational Line and develop the Rational Apparatus, the dematerialization of the reasoning and the Rational Clairvoyance and are elevated to the eternal life in the RATIONAL WORLD, or we stay in the illusory material life and proceed to inferior classes of the irrationals, where we shall travel a long way in grieving     and sufferings under the cruel ruling of the magnetism. We must understand and realize how the Protection and the Rational Divine Love manifests itself on behalf of the human being, when granting the option of the choice, since without Nature’s participation in our salvation process, from change to change and from transformation to transformation, the degeneration progress would come to such a point that humanity at a certain moment would extinguish itself by its own demerits.

Who already reasons knows and appraises the meaning of that, but who does not reason yet will never be able to perceive and realize. Were not for the Supreme Devine Kindness manifested through Nature, the sentenced one would proceed to his extinction in total ignorance and unconsciousness. The option to choose the nothing apparent, conceived as a consolation prize, frees him from extinction, but does not free him from his long return trip as an irrational beast.

Only the RATIONAL IMMUNIZATION can provide a final solution to this chaotic insolvent situation that the world lives through and that tends to aggravate. The reading of the Scripture UNIVERSE IN DISENCHANTMENT is the only remedy, the real antidote capable to disenchant and save the world population, leading it back to its original state of being, of pure, clean and perfect ones in their World of Origin, in the RATIONAL PLAIN. It is the Rational Energy acting through the words dictated by God, the RATIONAL SUPERIOR, to Lord Manoel Jacintho Coelho, the RATIONAL SUPERIOR ON EARTH, and printed by HIM in the books UNIVERSE IN DISENCHANTMENT.

So that the Rational Recovery reaches the greatest number of living persons, it is the duty of the already disenchanted and Rationalized students, to divulge to the utmost the Scripture to their brothers, making them realize what they are, what they were and what they will be after they acquire the Rational Clairvoyance and become Rational Apparatuses. Alert them so that they stop acting as unconscious, inconsequent, sleepwalkers and obnubilated Rational animals, walking on their fours and looking down, like the irrational class, to which they will eventually be transformed if they insist in that materialist posture. Teach them to walk erect and looking high up, where the Rational Illumination comes from, and to where they are returning, if they read and reread the Rational Scripture.

In the Rational Phase:

Nature is the state of being natural

Natural is the state of being of Nature

The mission transmitted by the RATIONAL SUPERIOR to the ones already enlightened by the Devine Providence’s Rational Light is:

– SAVE NATURE THAT SAVES US!

– SAVE OURSELVES THROUGH THE READING OF THE SCRIPTURE UNIVERSE IN DISENCHANTMENT!