CODES THAT REVEAL OUR INDIVIDUALITY 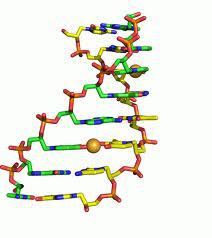 The true individuality that was lost and nobody knew of is not in the matter nor in the stars and least in any corner of this world.

The true individuality which identifies us in what we used to be is in the first world, the Rational World. “Virtues” who can claim their ownership? Nobody! They are all in the RATIONAL TRIBUNAL – a reference for anyone who wants to search for the lost individuality.

It is in yourself the whole trajectory to get in this condition of being evolved thinkers and the means to get back to our original state of PURE, CLEAN AND PERFECT RATIONAL BEINGS.

Only the Supreme Being could disclose this mystery. Something that will be told in the RATIONAL CULTURE BOOKS.

Now then, in the Phase of the Third Millennium, humanity is little by little getting to the conclusion of what we are and from where we came down here. Answers to these questions can be found in the CULTURE OF THE DEVELOPMENT OF THE REASONING.

Some will say that they do not need such culture because what they need to live is in this world. Nonetheless, these are ideas conceived by the materialist people who cannot see the possibilities of living a better life in this plan. By living a life with the knowledge of yourself makes it a lot worthier, so it is fundamental that we know more of our original essence.

The reading of the RATIONAL CULTURE BOOKS will allow us to meet ourselves and know more of the true individuality. The book offers this tool.

The advancements made in the research, involving the Genetic Code, are opening new doors so that we can grasp life’s code or the lost individuality. This code can be described in the sequence having as bases A-C e G-T, which are the four bases which interconnect the double helix of DNA.

However, other researches have shown that the DNA is not alone; actually there is a energetic part associated with it, which configures more five pairs of helix known as GNA. The GNA complements this code as though it were the DNA transmuted in energy. And it is being largely studied in the spiritual field.

Just to illustrate this information, the DNA has a pair of helix whereas the GNA is composed by 6 pairs of helix with the following functions:

1st pair: physical nature – this pair is responsible for the aspects of the physical body; it contains genetic characteristics, that is, the DNA known by scientists.

2nd pair: etheral nature – it is responsible for the emotional characteristics; it defines the emotional inclinations of the individual.

3rd pair: psyquic nature – it is responsible for the mental genetic characteristiques, translating the mental energy that will be used in the form of logic and intuitive thought, linear, direct and artistic.

4th pair: animic nature or soul – it is responsible for the so called karma. It contains information about other lives – and, I would go as far as to say past and future lives.

5th pair: astral nature – responsible for the electro-magnetic influence of the solar system. It contains the codes that can be read through an astrologic register.

6th pair: transformative nature – it is responsible for the capacity of creating and recreating. It contains the capacity of communicating with the whole Universe, and it is the most spiritual aspect of the DNA, or better, the GNA.

This is just a summary of what we can classify as being our individuality, by thought, living in the world of matter. Each individual has its own genetic code with its particularities of physical, psychological, animic and ethereal nature – astral and spiritual.

All that comes down to the construction and sustenance of beings made by Nature through the two energies that made everything in this world – THE ELECTRIC AND MAGNETIC.

Nonetheless, there is still a missing link, which, I would go as far as to say, is the 7th pair of it and could translate the genesis of the true origin, for it would hold information of the Rational Race – the sole thing that confers Rationality to the human beings.

This seventh pair, probably, represents our capacity for developing the pure REASONING. But it is just speculation.

I prefer to state that the missing link is not the essential aspect to all that; what is really missing is the knowledge of the encoding agent.

If there are all this codes, or better, all these forms of analysing and understanding the DNA, GNA or any other kind of code with cause and effect, there must be the ONE who created it.

This is the fundamental issue: who made all these codes? And if they were created, they all have a purpose to exist. It is not some bull’s stories of someone who believes that things come out of nothing. Remember that the thesis of spontaneous generation no longer finds scientific foundations in the current human knowledge.

As a Rational Culture student it is important to remind you that there is a reason these codes were made in this way; and if it is so, it is because there is the world in which they were conceived.

Matter can not produce such things and neither the spiritual world, as many thinkers would put in the beginning of these questions.

Fact is that the human thought is ethereal, astral and spiritual and it is not entitled to respond about the origin and cause of all these codes. The answer is not in thought, for thought came about at the end of the formation of these codes.

That is the grand question! Thought, as scientists put it, came in the aftermath of the existence of these codes, so thought results from the formed and finished genetic codes. That is the reason why thought cannot disclose the cause of its existence.

It would be tremendous stupidity to demand a clear response to such discoveries. Only the true RATIONAL BEING could give this response!

It is beautiful to see the advancements of sciences and all the researches of spiritual nature, nonetheless it would be a lot better  to get these answers from the true instrument of Nature – the MACHINE OF REASONING (THE PINEAL GLAND) – which, by the way goes beyond its function asserted by the thinkers that it is intended to make contact with the SPIRITUAL WORLD.

The function of the Pineal Gland is to connect the mind with the PURE WORLD OF THE REASON OF LIFE – THE RATIONAL WORLD.

Here everyone can, by themselves, evaluate the importance of this RATIONAL ASPECT OF LIFE. All peoples know now that this organ have already being speculated by scientists and philosophers throughout the whole history of the human kind. THE RATIONAL ORIGIN IS THE TRUE CRADDLE OF THE HUMAN EXISTENCE.

And what is the great discovery? It is the true individuality that was lost and could not be even cogitated by the human thought.

It is this individuality to whom the formulation of all these codes should be attributed and, for this reason, each person has his or her individuality with their peculiar characteristics. We are all different!

The disclosure to all this reality and its consequent development in the human mind is printed in the RATIONAL LITERATURE; for this reason it is said that the ownership of it is in the RATIONAL WORLD – THE TRUE WORLD OF THE ORIGIN OF THE HUMAN BEING. God is in this world and HE is the SUPREME REASONING. God is in the origin of humanity – THE RATIONAL WORLD. The book which bring all these disclosures is called UNIVERSE IN DISENCHANTMENT – THE CULTURE OF THE DEVELOPMENT OF THE REASONING.