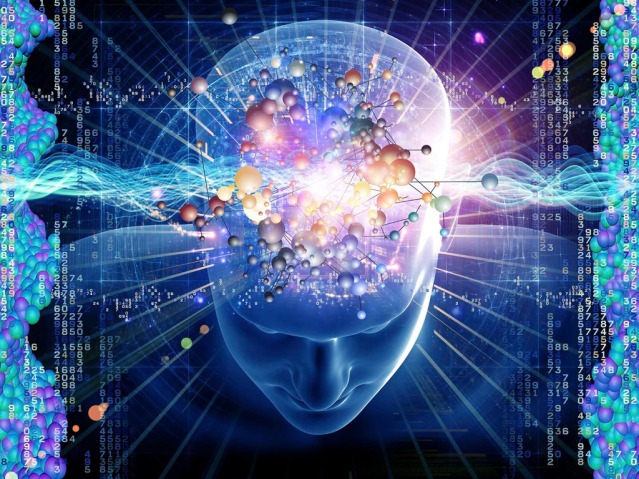 “CONSCIOUSNESS ARE THE TRUTHS CONTAINED IN THE BLACK BOX OF FLIGHT Nº 021, DESTINATION: ETERNITY”

In accordance with a dictionary published in the civilized animal phase, “consciousness is defined by men as an attribute developed in the human species, through which man takes a distance in relation to the world and the subjective interior states, in which it is created the possibility of higher levels of integration.”

Yes, but how these higher levels of integration are attained in the Rational Culture? Basically in the following way:

Thought is commanded by the electric and magnetic energies that, for being originated in the ground, pollutes itself, divides itself, multiplies itself, diminishes, builds appearances, destroys appearances, dries up and disappears. Leaving what? NOTHING. However, midway between the thought and the Reasoning there is a fluidic body surrounding the head, such as the halo of an aura. It is the POSITIVE CONSCIOUSNESS (I am not going to write about the negative consciousness in this text) that acknowledges and transmits to the “I” in the interior of the person its Rational development. Reasoning and Consciousness actuate together, each one reflecting the progress of the other, meaning the progressive SELF-KNOWLEDGE. The more one knows oneself, the more one is conscious about oneself and consequently the more Rational one becomes.

However, as it usually happens, there is a certain dephasing between the development of the Reasoning and that of the Consciousness, seeing that the former is one and the latter is multi-faceted. As the student of the Rational Culture develops his Reasoning, certain facets of his Consciousness do not follow the pace of his Rational evolution, causing the person to become perplexed upon realizing some of its sudden immature and irrational attitudes. This can happen to beginners as well as to the ones who have been students of the Rational Culture for over decades and have read the one thousand books more than once. There is infinity of other behavioral aspects that derive from that dephasing between the Rational and Consciential evolution, which eventually are corrected by the reading, by the study and by the Rational research, finally making the student a Complete Rational Apparatus, with his predicaments developed homogenously. Reminding that:

“Sincere repentance is an act of Rational Conscientiousness.”

But in order to attain this objective, which is the Resurrection of the RATIONAL World’s Inhabitant, the student must dedicate himself to studying the Dematerialization of the RATIONAL World’s Inhabitant, the one who is materialized in the form of Reasoning. Nature not only generated us, created us, feeds us and cures us of maladies. It is also the tutor that in the Rational Phase helps us to understand what the Rational Scripture teaches us. It is the one who discloses to us that appearances are the causers of confusions and contradictions to better lapidate the Rational animal through the artifice of the appearances. It is life in the artifice that still does not permit the great majority of living beings to realize the change of the animal Phase to the Rational Phase. If they had perceived they would have followed the changes and kept themselves in balance. When the Rationalization comes into plain function in the Rational Phase, everyone will be connected to the pure, clean and perfect energy of the RATIONAL WORLD, with no more imperfections.

And that day will come when the Rational animal wakes up in a very clear morning, aggrandized by a subtle blow of a fresh breeze, with the morning dew still covering the exuberant vegetation that unrolls towards a distant horizon, and looking up at the beautiful indigo blue skies, does not anymorethank God for that. He will be living then in the Rational Heaven on Earth as a true Rational Apparatus. He will feel himself, then and there, a strange in that material nest; a true extraterrestrial; already absolutely aware of his Origin; of himself; of what there is really in that second world, and of his  return to the RATIONAL BASE.

And the only way to access the ETERNAL RATIONAL CONSCIOUSNESS is reading and rereading the Scripture UNIVERSE IN DISENCHANTMENT, dictated by God, the RATIONAL SUPERIOR, the Reasoning Superior to all Reasoning and written, printed and published in the Rational Books by the RATIONAL SUPERIOR here on Earth, Lord Manoel Jacintho Coelho. It is the pure, clean and perfect Rational Energy, transferred to the letters that form words, that form phrases that are transmitted fluidically to the intimate “I” of the reader, the Devine teachings of how to learn how to Reason and how to become Conscious in order to finally return to your World of Origin, the RATIONAL PARADISE in the RATIONAL PLAIN, where we came from and to where we will return, if we so wish. And who attains the ETERNAL RATIONAL CONSCIOUSNESS, which is the REASONING, will have attained the RATIONAL IMMUNITY, the passport for the final return trip to our Base of Origin. Therefore, brothers and sisters, it is never too much to emphasize: time has come, who wants to read and learn patiently, persistently,consciously, and trustfully, saves himself. Who does not, leads himself to the inferior class of the IRRATIONALS, which are the unconscious ones, incapable of REASONING. This will ensue a long and grieving return trip going through all the inferior classes, starting with the quadrupeds and ending in the lowermost ones of the bacteria and viruses.

These warnings have being given and ignored since when we used badly our free and spontaneous will and choice, by entering the small part of the Plain that was not ready to progress, and that resulted in our descent and in that terrible lapidation suffered in the degrading matter, being born, suffering and dying during 21 eternities. Then, let us avoid flowing off our fingers this marvelous unique opportunity of salvation, which is being offered by the DEVINE PROVIDENCE. On the contrary, let us grab the Book in our hands and guarantee the ETERNITY here and now for ourselves and our distracted brothers and sisters, divulging the RATIONAL CULTURE, spreading it across the world.

This is the opportunity AND THE TIME that is left for us to Rationalize the contents of the Black Box of Flight Nº. 21, destination:  ETERNITY!

LET US GIVE THREE SAVES FOR THE RETURN OF HUMANITY TO THE RATIONAL WORLD!