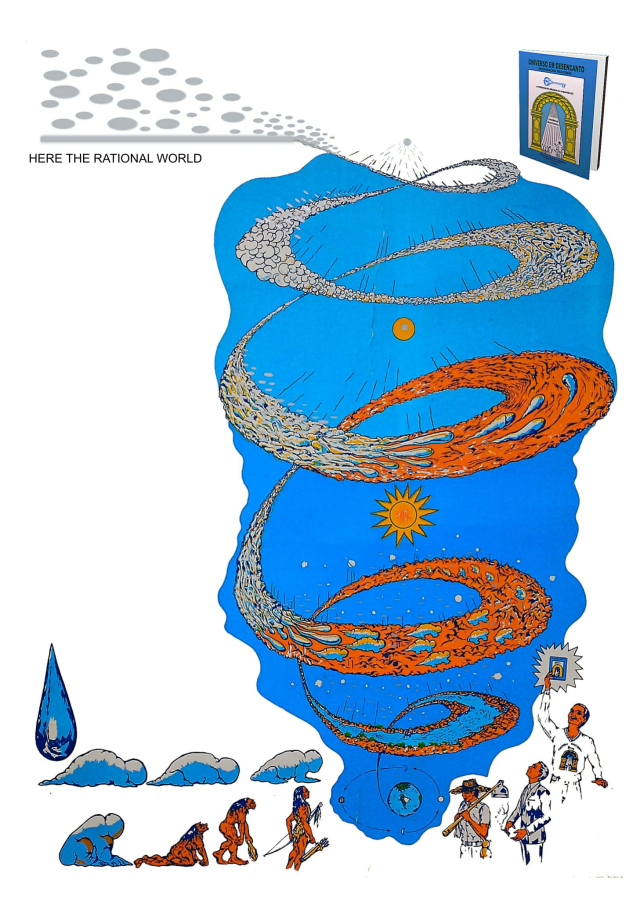 (Compiled from the Rational Literature of the RATIONAL SUPERIOR)

THE GOOD AND THE BAD USE OF THE WILL

In the milieu of the pure, clean and perfect, there is no restriction of freedom, for purity prevails.

In the milieu of the imperfect ones, the will continues to be free, and for that reason, you make use of the will as you wish.

There are wills that apparently appear to be good and there are bad wills.

And for the will being free, you entered into the Plain that was not ready to enter into progress and started to make progress by your own account, and the result of that jaunt, was your coming to that point there that you are, and becoming completely ignorant of yourselves, by the transformations that you experienced.

Such transformations that you did not expect; for being pure, clean and perfect, you did not know what suffering was.

But, the ones who live ignoring who they are, find life the same, ignoring where they will end up.

But the ones who do not know themselves, find that life is the same, ignoring where they will end up when this life ends and transforms itself into another.

Thus were the pure, clean and perfect; they did not know what suffering was.

They did not know that they would get at the point they arrived: why?

Because they were pure, clean and perfect.

Then, because they were pure, could they not have wills?

The pure are owners of the will and for that reason have their progress of purity.

The will is of the pure as well as the imperfect ones.

A pure, clean and perfect has his wills, and the will is to make progress with his progress of purity.

But a few had the will to enter into that part that was not ready to enter into progress and the result of the wills are the ones that are there.

You judged that you were going to find purity in that part that was not ready to enter into progress and the purity that you found was that one: the transformation and the degeneration that you did not expect, for you never knew suffering.

If the pure ones knew suffering they would not have entered into the part that was not ready to enter into progress; and to know what suffering is one is required be a sufferer.

But now, there is the Rational Phase, the phase of the development of the Reasoning, for everyone´s return to where you came out of, the RATIONAL WORLD.

It was just a jaunt.