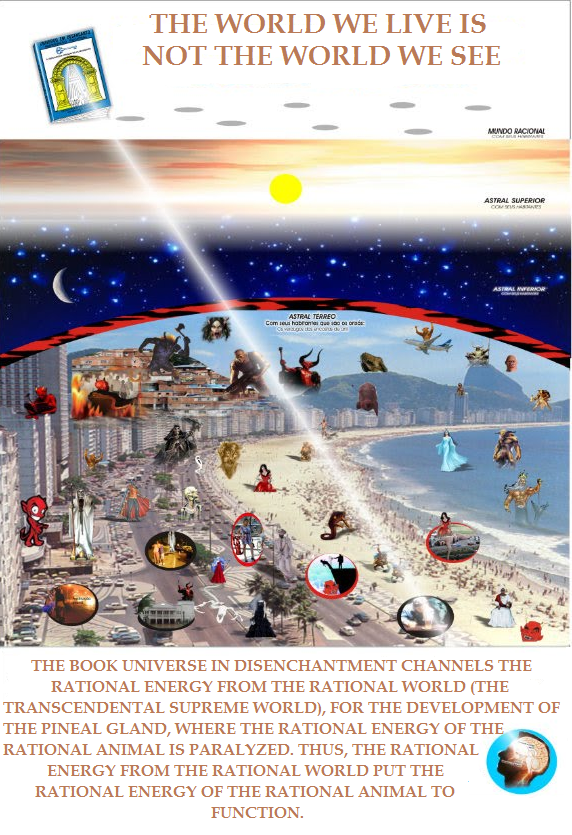 https://drive.google.com/open?id=0B_Q1dy73C4FdOTZweHI3SWlSU2s  (Click on the link to hear the audio)

There is no effect without a cause. Everything has a cause, and every child has its cause who are its parents.

The world we inhabit and everything in it is likewise, that is, it has its cause.

All existence has its cause that gave rise to it, as well as the procedures, attitudes and actions, each of which has a cause that originated it.

Understanding this relationship of cause and effect, one begins to give his first little step to understanding the TRUTH of the truths about the world we inhabit and, therefore, was built on lies, appearances, making everyone live under deception, which is the cause of suffering.

Everything in the world we inhabit is materialized energetic beings, who express themselves in actions and procedures, ideally, in fantasies, in illusions etc.

What energy is this?

Electric and magnetic (or electromagnetic), which are the components of an unbalanced energetic setting for being in constant transformation which means that it is one thing now and quite another in the next moment.

And, because it is constantly changing, it never is what you think it is, it is always being something else. Hence one can conclude that it is not in this energetic setting the so aimed stability, therefore, it is a setting which was created unaware of the TRUTH.

Having said that we can assume that it is unaware of the TRUE BEING, because, then, the TRUE BEING IS ETERNAL.  In this second world we live in, it is the absolute unconsciousness that prevails, though.

Nonetheless there is a world that is on top of this one, where we live, and which has given birth to it. This world is completely different.

It is a world made of pure and perfect energy and it is eternal and unchangeable; there is no transformation, because it is THE RATIONAL ENERGY and matter is inexistent in this world.

The world is full equilibrium because it is the TRUE RATIONAL WORLD, where the reality is true, not illusory, that is, it is clean, pure and perfect. The ruling consciousness there is THE POSITIVE CONSCIOUSNESS!

Above is the RATIONAL WORLD OF PURE, CLEAN AND PERFECT ENERGY, RATIONAL ENERGY, where there is no death, no gender, no animal traits and no suffering! The consciousness is positive, it is RATIONAL.

Below is the ANIMAL WORLD, THE WORLD OF MATTER, made of deformed and degenerative energies, which keep poisoning and polluting the existence because they are weak.

These energies are ELECTRIC and MAGNETIC, where there are different genders, animals, suffering, etc. The ruling consciousness in this world is negative, that is, ELECTRIC AND MAGNETIC.

The negative consciousness provides the inversion of the TRUE WISDOM and, hence, it is an apparent wisdom and appearances are not true!

The books of RATIONAL CULTURE, UNIVERSE IN DISENCHANTMENT, are the books of THE POSITIVE CONSCIOUSNESS.

The awakening of the REASONING is done by the POSITIVE CONSCIOUSNESS acquired through the reading of the books Universe in Disenchantment which will implement the development of the RATIONAL ENERGY in the human body, providing full equilibrium to the point that the person will detach himself completely from the MATTER and this while living!

The positive consciousness will take you to the world of the eternals, THE PURE, CLEAN AND PERFECT RATIONAL BEINGS through the DEVELOPMENT OF THE REASONING.

The negative keeps the person attached to the ground forces, which is eventually taking him down to the abyss, the inferior worlds, the world of the Irrational through thought and imagination.

The will is free, however, we bide you to follow your good senses and get informed about the books Universe in Disenchantment and know what Rational Culture is.