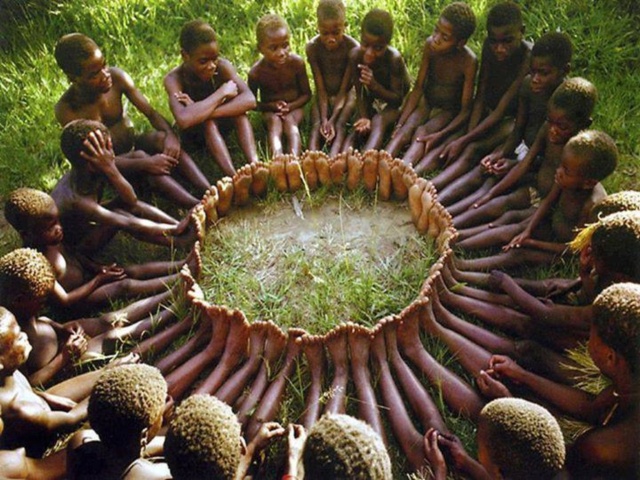 https://drive.google.com/open?id=0B_Q1dy73C4FdZlM4OUNEeWFfa3M  (Click on the link to hear the audio)

Concord: with the heart!

Discord: without the heart!

With the heart: with common sense!

Without the heart: without common sense!

The word sense stems from Latin, sensu, and it means discernment. Clear judgment, ability to feel, to perceive: REASONING!

So without the heart, it is the same as without reason, without the ability to feel the other.

And that’s how you develop ideas: BY THINKING!

And everyone keeps THINKING, without feeling their peers, for there is no possibility of understanding. Therefore by thinking one comes across discord and disunity.

The thought elitizes, it promotes separation between brothers and sisters, making them think one is better than the other and, because of that, one wants to dominate the other.

Thought is cruel! It is heartless.

And everyone wants union so much, because they know that only in union they will find peace!

Therefore, as long as they do not stop thinking, elitizing (which is the same thing), the world will remain disunited and suffering the consequences of disunity.

And the union is only found in the REASONING through its development.

And the culture of the Reasoning is the Rational Culture, contained in the Books Universe in Disenchantment!

Let us study the only Culture that can bring people together, because disunity has brought horror to the four corners of the world, since everyone thinks, and by thinking they get divided.

Only the REASONING UNITES!

Therefore, in THOUGHT there is discord!

And in the REASONING, there is concord!