THE REASONING BELONGS TO A DIMENSION OF ETERNAL PURITY 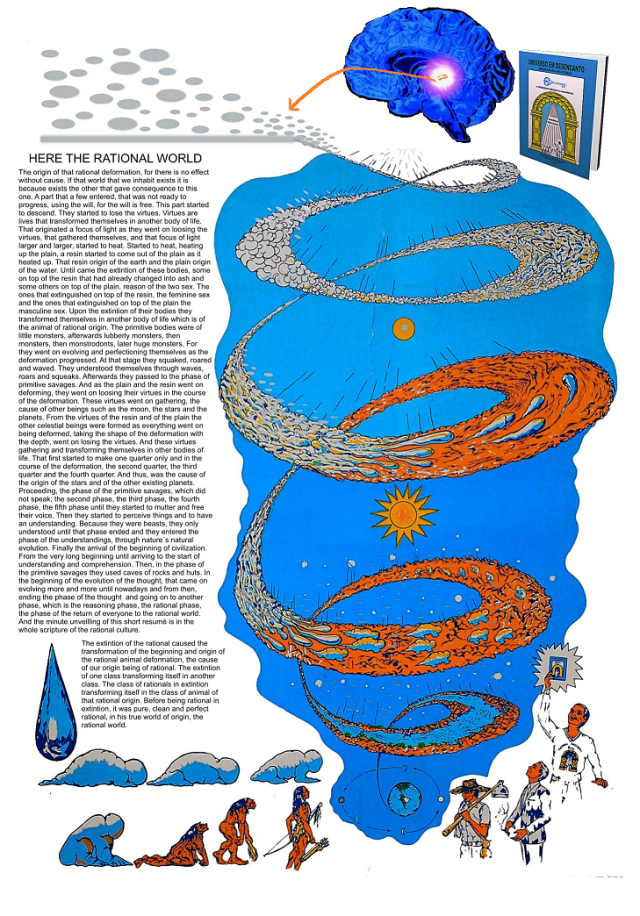 https://drive.google.com/open?id=0B_Q1dy73C4FdQUN4SlVhUUdXU3lTZ3RaRy1yXzV3c01Xazg4  (Click on the link to hear the audio)

When you argue with someone to the point of feeling upset and nervous, one can perceive there the expression of invisible forces, that is, thinking articulating intelligences that provoke the imbalance between people, causing malaise, the end of a friendship, an aggression and so on and so forth.

Well, it is through the deep study of Rational Culture that we will understand that mankind has long been used as apparatuses of these beings that inhabit the cosmic band of the indigo coasts.

Humanity is endowed with a universal gift known as Reasoning, which is neither Thought nor Imagination, which are products of the electric and magnetic effects on the two hemispheres of our brain. Therefore, the astral intelligences are the transmitters of thought and imagination.

Reasoning belongs to a dimension of purity, which is unparalleled by any within the electromagnetic cosmos – the world of visible and invisible particles, which gave birth to stars, the sun, the moon, material and invisible nature, human beings and invisible beings – and , therefore, the Reasoning is unable to harm someone or destroy a life.

How it all happens is exactly what we have tried to clarify in this little text, for a much more complete definition can be accessed in the study of the Rational Works.

Therefore, when one perceives that one is altered, one should look to the fact that it is the expression of an invisible being there, whose mission is to unbalance and cause an issue.

The most curious thing is that due to our ingenuity and lack of Rational knowledge, we judge these entities as evil, but it will be within a much deeper Rational analysis, that we will realize that their ethical standards are all relative, for they are all, including us, within a world in transformation, where today is one thing and tomorrow another.

Phenomena, as reported above, could never be different, with the predominance of a relativist culture, built by thought and imagination, which are transient and metamorphic.

So it is no use to be outraged, angry, nervous and willing to take revenge, because everything we consider evil and variant is in accordance with the enchanted nature and promulgated by the invisible beings.

Now, comes the question: “And why ENCHANTED? Learn this and much more in the books UNIVERSE IN DISENCHANTMENT OF RATIONAL CULTURE, which introduces a transcendental Culture that preexists the origin of humanity, and which contains the solid and eternal standards of the truly Rational and Human Ethics .