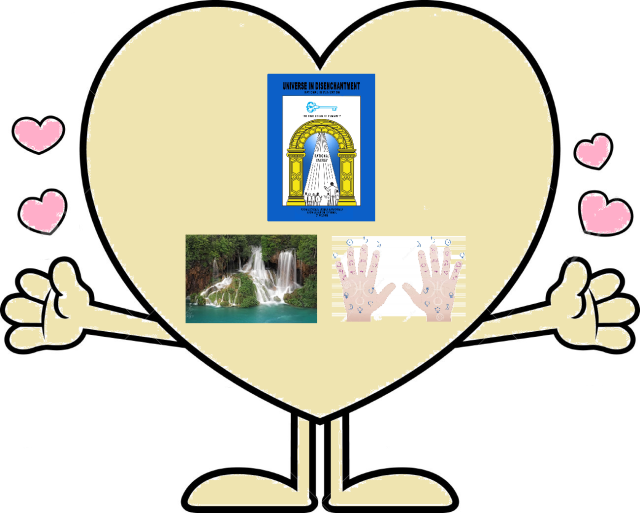 https://drive.google.com/open?id=0B_Q1dy73C4FddnYtWVlreWdCY2dHNWZjV3EwdE9Mc3VONUEw  (Click on the link to hear the audio)

MOTHER NATURE, THE TRUE MOTHER OF EVERYONE AND EVERYTHING, WHO MADE EVERYONE AS YOU THUS ARE, AND MADE ALL THE FOOD NECESSARY AND REQUIRED TO FEED YOU. GAVE YOU TO SUCK, GAVE YOU THE EVERYDAY BREAD, GAVE YOU THE MEDICINE AND GAVE YOU THE MOTHER´S LOVE. But for living without knowing yourselves, you did not respect or do not respect Nature´s natural laws, progressing against her and against yourselves, as you have already done before thus being, when you unduly entered NATURE´S before thus being, a part of the RATIONAL PLAIN that was not ready to make progress and there you started to progress for your own account.

If the artifice is able to blind a simple and humble living creature with the vanity and the ambition, with the greed and the presumption, with the appearances, the hypocrisy and the arrogance, imagine what it can do to an empowered dignitary with everything at his disposal to amplify and multiply his wills much beyond the limit of Nature´s natural laws!

Everything a heritage of the Artificial Alphabet, created by these that are there assaulting Nature in every form, way and manner, multiplying her suffering and everyone else´s.

That is the reason of today´s world to be in the state as it is, upside down, for that has already been coming for long centuries and veteran ages, when an unique opportunity was offered for us to return earlier to our World of Origin: the Astrological Alphabet.

A simple reading of the lines in the palm of the hands and viola!: there is the return road with its chart defined and definitive, to be calmly travelled only once, in that very  existence, with no return, with no interruption, with no additional deaths and sufferings, with no more explanations, straight up to the RATIONAL WORLD.

Some accepted, obeyed and ascended, and others did not understand or comprehend the meaning of the gift that was being given by the Devine Providence. These are us, ourselves, the very ones who are now here, crawling in this ground of mud, without the slightest idea of who we are, where we came from and to where we are going. Everyone living a senseless life, that the more it gets technologically sophisticated, the more illusory it becomes, where the nothing has all the value and the everything simply does not exist, leading everything and everyone to the disequilibrium, confusion, disorder, suffering and destruction.

The Transcendental Book “Universe in Disenchantment’ of Rational Culture is the new “Rational Alphabet” that the RATIONAL WORLD made available for the humans who thus wish to liberate themselves from the binds of the matter and ascend to the World of Origin. In the Rational Alphabet one red with the greatest simplicity and clarity in each of the living person´s palms of the hands, the life orientation that he should adhere to in order to return to the Rational Paradise, without any other exactions, only the will to free himself from the matter. Today, due to the new circumstances, we must read and learn in the Book´s pages how to develop the Reasoning in order to dematerialize and free the Reasoning machine, the Inhabitant´s body of Cosmic mass, pure, clean and perfect, dormant in the Pineal gland inside everyone´s heads.

A little more demanding than the plain Rational Alphabet, but presenting itself as the last opportunity for humanity´s salvation, for the phase having changed from the phase of the Rational animal´s thought phase to the Rational Apparatus´ Reasoning Phase in 1935. Humanity´s history is told in that Virtuous Text-Book that teaches the student how to come out of that hole where we live and cohabit, groping one´s way like blind creatures with open eyes, judging that we see everything when, in reality, we see nothing, eluded, lost and beguiled by the artifices´ devilish tricks and the apparent conjuring tricks of the electric and magnetic.

Therefore, the order of the day for those that still remain here in this world of matter is to disenchant, demagnetize, cleanse and dematerialize ourselves at once, to stop right now this continuous free fall process that started twenty one eternities ago, when we entered the part of the plain that was not ready to make progress and that might extend itself for another seven eternities, in the lower classes of the irrationals, for those whose will is to remain magnetized here in the matter.

To disenchant oneself it is enough to read, study, research and reread the splendorous and transcendental Top Rational Literary Work “Universe in Disenchantment” of Rational Culture, where the student will find everything that he needs and requires to get out of here and ascend to his World of Origin, the RATIONAL WORLD.

With an addendum: the duty of doing good to all regardless, divulging what he has learned to his brothers that have not yet had the opportunity to become acquainted with the Rational Culture.