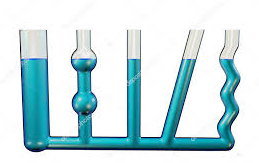 “WHEN THERE IS ONE ONLY LIQUID IN EQUILIBRIUM CONTAINED IN A RECIPIENT,   ONE CONCLUDES THAT THE HEIGHT REACHED BY THIS LIQUID IN EQUILIBRIUM IN SEVERAL COMMUNICATING VESSELS IS THE SAME, WHICHEVER THE FORM OF THE SECTION OF THE BRANCH. AND FOR ALL POINTS OF THE LIQUID WHICH ARE AT THE SAME HIGHT, ONE ALSO OBTAINS THE SAME PRESSURE”.

The RATIONAL SUPERIOR´s Reasoning is contained in the Book “Universe in Disenchantment” of Rational Culture.

Who invests all his will in the desire to know the Rational Knowledge, reading with constancy, keenness and attention this  Book of stunning Transcendental Sagginess, is Reasoning in the RATIONAL SUPERIOR´s Reasoning.

As he Reasons in the fluidity of the RATIONAL SUPERIOR´s Reasoning, he will be leading that fluid into his inner soul and consequently activating the Rational Energy materialized in the form of Reasoning machine, inside the Pineal gland.

The more lasting, sincere, amorous, deep and at the same time elated that contact is through the reading, more and more intimate it will become, accelerating the dematerialization process of the Inhabitant of the RATIONAL WORLD as well as the Rationalization of the living creature who shelters the Inhabitant in his Pineal gland.

They will be from now on three vessels of Rational Energy supplied and sustained by the RATIONAL SUPERIOR, the generator and provider of everything and everyone: the Book “Universe in Disenchantment”, the first receptor and communicator; the living creature materialized in the matter, the second receptor; and the Inhabitant of the RATIONAL WORLD materialized inside the Pineal gland, the third receptor.

The Rational Knowledge acquired by the living creature and by the Inhabitant of the RATIONAL WORLD goes on gathering itself slowly integrating  and forming a new fluidic being: the RATIONAL IMMUNIZATION.

When that long process reaches its apex, the four Reasoning; of the REASONING SUPERIOR TO ALL REASONING, of the Book, of the reader, and of the Inhabitant materialized in the Pineal gland assembled in one only Energy.

It is at that moment that the Inhabitant of the RATIONAL WORLD dematerialized and already outside the Pineal gland, comes to live as a pure, clean and perfect being, both in the second as well as in the first world, to where the 7 particles which represent the 7 kingdoms of life in his physical body, already moved to: earth, water, animal, vegetal, sun, moon, stars.

Therefore, from the Rational view point, when one has one only energy (Rational) providing the equilibrium, contained in a vessel (the RATIONAL SUPERIOR) and distributed through several communicating vessels (the Book and the students), that energy in equilibrium will maintain the same height and pressure (Rational Knowledge and Rational Vibrating State) at the same level and height (elevation).

Concluding, Reasoning, which is pure, clean, perfect and eternal, leads everyone who is linked to it to the equilibrium; be it through the Book “Universe in Disenchantment”; Rational study groups; Rational Musical Bands; Rational Caravans or any kind of Rational Advertising, thus doing good to everyone regardless.

And then, these vessels come to communicate and to interact among themselves, establishing an energy field activated by the Rational Energy current, where all fluids vibrate at different intensities, but in the same frequency.

That is how the Rational Fluid works inside the communicating vessels, generating a new concept of life here in the matter, a life that sprouts from the Rational Phase itself, grows in it, and spreads all over the world in one single voice, God´s voice: ONE for all and all for ONE!