THE ENERGY OF THE MOMENT: THE RATIONAL ENERGY! 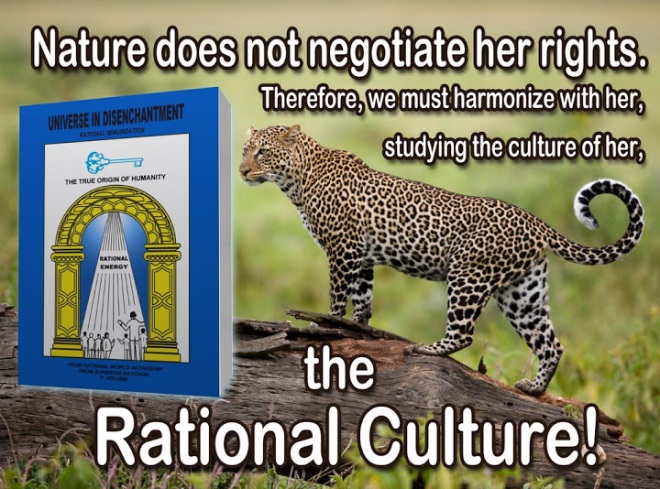 https://drive.google.com/open?id=0B_Q1dy73C4FdeTJfSnlBMWpPdFk  (Click on the link to hear the audio)

The Rational animal, for making unlimited use of its will, disconnected from Nature to connect to magnetism, developing only the matter, in the illusion that it could alleviate the suffering through the comforts of life.

This was but its greatest deception! The Rational animal ended up betraying itself, for it got influenced by the matter – the magnetism – and, as a consequence, it got blinded by the it, which made the Rational animal into a slave and a tool to project the artificial progress beyond its limits. Bottom-line: The natural environment is being gradually destroyed with the poisoning of the water, the plants and the animal kingdom.

Thus, once disconnected from Nature, the Rational animal became ruder and devolved. Instead of developing the good sense, it evolved only its material side, its irrational side and, as a result, it is now even wilder than any other existing creature.

All that increased the suffering, making harder the prospect of happiness. Humanity got into a vicious cicle of needing more and more through technological innovations while the dream to find the solution to all its maladies got further away.

Nobody can fight evil, using evil because matter is pure evil. The Rational animal got out of the natural line eons and eons ago. It was, back then, when it lost its natural orientation given by the Superior Nature (the Superior Astral) and got connected with the invisible beings of the Lower Astral; and they have been deceiving mankind by pretending that they are superior. Eventually, these forces put their leashes on humanity, which has been developing only the magnetic thought that is dominating the Earth as if it were the natural thought.

Due to the fact that everyone is connected with the electric and magnetic, they mixed up the apparent good with the true good, which is the Rational sense – the REASONING.

It is so because the magnetic has to fulfil the orders of the Superior World to retire and deliver the Earth cleaned up of everything that it created; it has brought life out of its natural limits.

Now, then, the main purpose of nature is to pass the energetic regency to the RATIONAL ENERGY.

It is the reason why the RATIONAL WORLD is preparing us through messages which will bring the RATIONAL IMMUNIZATION to the Earth. They are found in the book UNIVERSE IN DISENCHANTMENT; it contains the instructions to the RATIONAL DEVELOPMENT. This knowledge will avoid that mankind is swept off by the phase of liquidation. Nothing can live out of the NATURAL LAWS.

Therefore it is mandatory that one detaches from the electric magnetic field in order to attain the RATIONAL DEVELOPMENT. There is no other option, otherwise, the way to the inferior classes will be certain.

The new present phase is the RATIONAL PHASE – the phase of the 3rd Millenium. And its energy is the RATIONAL ENERGY. The Rational Energy can only be found in the book UNIVERSE IN DISENCHANTMENT.

Connect yourself to it!

3 respostas para THE ENERGY OF THE MOMENT: THE RATIONAL ENERGY!