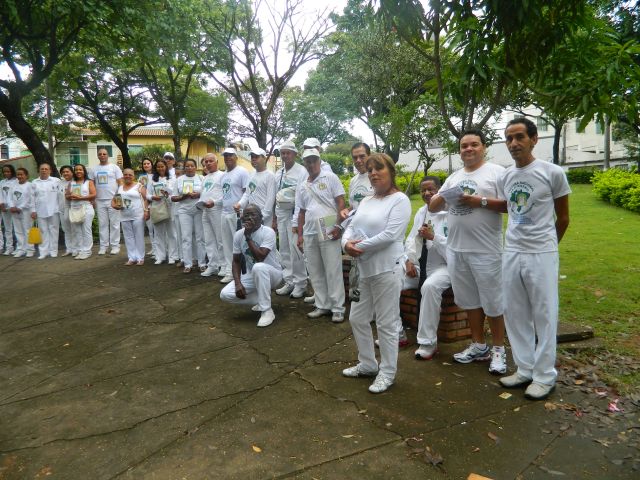 WITHOUT ADVERTISING THERE IS NO SALVATION

IT IS NECESSARY THAT THE LIVING CREATURE BE A FERVENT DIVULGER OF THAT WHICH HE KNOWS IN ORDER TO SAVE HIMSELF AND SAVE HIS FELLOW CRATURE.  THE LIVING CREATURE´S OWN MERIT INCREASES AND EVERYTHING FOR HIM GROWS, EVERYTHING OF GOOD AND OF WELL GLITTERS FOR HIMSELF. AND FOR THAT REASON, IT IS EVERYONE´S DUTY TO DO THE DIVULGEANCE OF THIS LITERARY WORK FOR THEIR OWN BENEFIT AND FOR ALL THE LIVING CREATURES OF THIS WORLD. (The RATIONAL SUPEROR)

To advertise the Rational Culture among the advanced students and pioneer divulgers of the Work, an act of Rational reciprocity, is as important as to divulge among the ones who are still asleep in their splendid cradle of illusions, thinking and imagining that they know everything.

This is because the primitive ones still retain remnants of recurring dreams from which they need to be recovered, and the exchange of Rational information in a high level of knowledge allows them to reach this clarification which in the end will result in RATIONAL IMMUNIZATION.

The Owner of the Book “Universe in Disenchantment” arranges the gathering of the right people as well as the meetings for this purpose.

All the available means for advertising the Rational Culture  must be used aiming at embracing the greatest possible range of free-thinkers, sufferers and mortals: from the Rational Band presentations to door to door advertising; from the texts in Blogs through the internet to the Rational conferences on TV, as well as in so many other forms available.

The mere presence of a single student in a public square, dressed in white, wearing a stamped T-shirt with the sayings “Universe in Disenchantment” and handing out leaflets to the passers-by is a notorious and marking act of Rational Culture advertising.

Reminding that the first and greatest divulger among all the divulgers is the Transcendental Book of Rational Culture “Universe in Disenchantment”, dictated by the RATIONAL SUPERIOR to His Representative here on Earth, Lord Manoel Jacintho Coelho, two in one, who printed it not only in the Portuguese version but also translated into several languages, at the Rational Ashram´s printing shop in the district of Nova Iguaçu, a suburb of Rio de Janeiro, then the capital of Brazil.

But this Book, if kept closed, is like a treasure, a pearl enclosed inside an oyster in the bottom of the sea. No one ever saw it or heard about it. That is the reason and the urgent necessity to expose it to the peoples of the world.

The genuine divulger is the one who reads and re-reads, studies and researches daily and keenly the contents of the Work, to divulge it fully certain of what he transmits, for he feels in his inner soul, Rationally, the everything of everything that he read, and transmits to his neighbor in the same vibration standard.

All that elevated vibrating movement, which is the Reasoning in action, derives from the Rational Energy performing its most important mission here in the second world: to channel the self-knowledge energy to the inner self of the human being and dematerialize the inhabitant of the RATIONAL WORLD who lives materialized, suffering inside his Pineal gland for many eternities.

It is important to note that, in the hypothetical inexistence of this Scripture, the most grandiose Work of all times in this world of matter, the most precious gift that the DIVINE PROVIDENCE has offered to us, we would still be marking time in the thought and the imagination phase of the Second Millennium, in the Rational beast category.

But, as of 1935, came to Earth the Rational Phase, the Third Millennium phase, and a few decades later, the book “Universe in Disenchantment”, which introduced formally and finally the seed of the Rationality in the world of matter, through the Rational Energy materialized in its pages, which becomes fluid and penetrates the reader´s mind as he progresses and deepens his Rational Knowledge.

And who lives without knowing himself is a useless one, for being a nothing who generates another nothing who is also a nothing and that in that condition will end up in nothing and will descend unappealingly to the lower classes of the irrationals.

The Book brought the Supreme Knowledge from Above down to the ground in order for the terrestrials to learn to know themselves and know their natural being. The duty of that person who already knows himself is to take that Knowledge to his brothers, for them, in their turn, pass it on for the rest of the world.

Not divulging the contents of the Book “Universe in Disenchantment” is as serious a crime as the one that all of us committed, when we unduly entered a part of the RATIONAL PLAIN that was not ready to enter into progress and did not pay any heed to the insistent calls of our FATHER do stop and return.

Not complying with the duty to advertise the Culture, that is, doing the good to all regardless, and not wanting to your neighbor what you do not want to yourself, will cause to the living creature  the loss of his Reasoning capacity. The consequence of this act will be another  descent to the inferior class of the irrationals, this time led coercively by the magnetic executioner, with a  stay of 7 eternities more, living the life of each one of the species of the animal, vegetal and mineral kingdom.

The following are the duties to be fulfilled by the living creature in the Rational Phase, which will illuminate his path and lead him through to his salvation: read, re-read, learn, feel and divulge the Work indistinctly, to all your brothers of Rational origin.